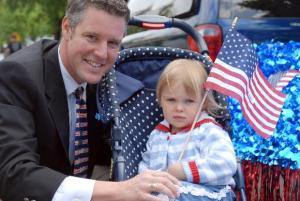 There’s an interesting little traffic-related bill ticking away in Lansing that may close a loophole when it comes to child safety.

Senate Bill 1241 would amend the current vehicle code to eliminate a requirement that courts must waive all penalties for a violation of safety seat requirements if the violator obtains a child safety seat before his or her appearance date in court.

According to the current law, a driver transporting a child younger than 4 years old in a motor vehicle must secure the child properly in a child seat system that meets federal standards.

A violation is a civil infraction punishable by a fine of $10 and possible court costs of $40. But the court must waive those fines if the driver shows they have acquired a proper child restraint system.

The bill is being sponsored by Republican state Sen. John Proos, who represents most of Van Buren, Berrien and Cass counties in southwestern Michigan.

“The fact that the court must dismiss the charge if proof that car seat has been obtained has turned into a loophole that has been used by many violators,” Proos said.

“Court administrators have told me that they see the same people in court for the same seat violation over ad over. All they have to do is show a receipt or wave a child seat around. Sometimes, the seats don’t even have straps.”

According to Proos, on several occasions judges sent court bailiffs to the parking lot who would see violators toss the child seat into the trunk and drive off with unsecured children in the car.

The bill would not be without precedence.

On July 1, 2008, Michigan enacted a new law requiring children from ages 4 and 8 must ride in a child booster seat until they are more than 8 years old or more than 4 feet, 9 inches in height.

“There is no similar loophole in that law,” said Proos, a father of three, one of whom uses a child safety seat.

“My bill would bring uniformity to child safety. It wouldn’t allow an ‘off ramp’ for anyone driving with a child in the vehicle.”

Proos scoffed at the idea that, if passed, the law would be a revenue generator.

“There is no way of determining if it would raise any revenues because there are no statistics on how many of these violations occur each year,” Proos said. “I certainly don’t see this as an overreach of government…it would just add another layer of safety for our children.”

Senate Bill 1241 was passed by the Michigan Senate in October and is currently in the Michigan House of Representatives Transportation Committee.

Proos expects the House to vote on it next week.

“If it passes, ultimately the word will get out and chronic offenders will realize they no longer have a loop hole to fall back on,” Proos said.

“Passing the bill would be the right thing to do to help keep our kids from turning into flying missiles.”

There’s a lot to be decided by the end of the year by state lawmakers. State Senator John Proos says the lame duck session is always interesting, as those who are leaving Lansing are freer to vote their conscience with no worries it will impact their re-election chances.

Proos says he expects action will be taken to craft a new emergency manager law, taking what everyone likes about the now-repealed Public Act 4 and addressing what critics didn’t like about it.

Other items that could come up during lame duck include replacing the personal property tax and moving forward on healthcare reform now that President Obama has secured a second term and the Affordable Care Act will remain in place. 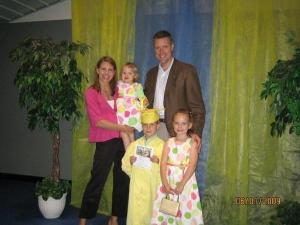 Centuries ago, strengthened by faith and bound by a common desire for liberty a small band of pilgrims sought out a place in the New World where they could worship according to their own beliefs. These brave men and women risked their lives in order to seek the freedoms that we all enjoy today.

After their first harvest in 1621, a celebration was held out of gratefulness for a bountiful harvest. The New World settlers and local Native Americans joined together for a three-day celebration featuring feasting, singing and dancing. This day came without parades, football games or anticipation of saving a few bucks on “Black Friday.” It was simply a time to give thanks for the many blessings that had been bestowed on them. While I doubt any of us will be spending Thanksgiving Day on a plantation in Plymouth and most of us will buy our turkey from the grocery store, Thanksgiving is still rooted in the same foundations that it was centuries ago. It is a time for us to gather together with friends and family and give thanks for our many blessings. In the modern, global, 24/7 digital world, the spirit of Thanksgiving might be more important than ever.

It is a moment to take the weight of the world off our shoulders, connect with our loved ones and celebrate the most cherished thing we have: one another.

In the bustle of the holiday, I hope we will all take time to warmly express our gratitude to our family and friends for their love and friendship throughout the year and to give thanks for the blessing of living in the land of the free and the home of the brave.

May God bless you and fill your hearts and homes with love.

America is the beacon of liberty and
hope in the world because it remains
the home of the brave.

We enjoy our freedoms and way
of life today because courageous
men and women have risked – and
continue to risk – their lives to defend
our great nation.

One of my greatest honors as your
senator is taking part in tributes
throughout Southwest Michigan on
Veterans Day thanking our American
patriots for their outstanding service.

Veterans Day is celebrated on the
anniversary of the end of the First
World War as a time to honor the
enormous sacrifice and selfless
dedication of our veterans. The day
began as an outpouring of thanks that
marked the end of what was once
called the Great War – a fight for
freedom that was to end all wars.

Unfortunately, that war did not bring
an end to all wars. America faced a
Second World War and numerous
conflicts from Korea to Afghanistan.

Thankfully, America’s finest have
always answered the call to stand up
for freedom and liberty.

These patriots left their families to
ensure that we could live in the land
of the free. Some never returned.

Their great sacrifice is a debt we can
never fully repay.

In heartfelt appreciation for their
sacrifice on our behalf, I urge all
Southwest Michigan residents to take
time to thank our veterans for their
service.

As long as we have patriots who
are willing to risk all they have to
serve their country, we will be able
to live up to the words of President
Abraham Lincoln: “That this nation,
under God, shall have a new birth of
freedom – and that government of the
people, by the people, for the people,
shall not perish from the Earth.”

God bless our veterans and their
families. Thank you.

Thousands of young people each year are impacted by concussions, which is why I am proud Gov. Rick Snyder recently signed my legislation to protect young athletes.

The laws set guidelines on when an injured child can return to play and create a concussion awareness program that includes training and distributing education materials to coaches, parents and athletes.

A concussion is difficult to identify, so it is critical that coaches and parents can recognize the symptoms and know what steps to take if an injury occurs. Many concussions go unreported, so it is also crucial that we teach our young athletes about the seriousness of brain injuries.

More than 140,000 high school athletes are estimated to suffer a concussion each year, and the National Football League is leading an effort to get similar legislation passed in all 50 states and Congress.

I specifically want to thank Detroit Lions team president Tom Lewand for his leadership and assistance.

While high school football had the highest rate of concussions at 6.94 per 10,000 athletes in school-sponsored activities from 2008-2011, girls’ soccer wasn’t far behind, ranking fourth with a rate of 3.83.

Southwest Michigan Select Soccer Club Coach Tareck Halsey, his son and my daughter all joined me at the bill signing. They are a reminder that youth concussions can occur in a variety of sports and activities.

In fact, accidents while bicycling and playing on the playground rank first and third in the most number of brain injury emergency room visits.

As a father of three children, each involved in multiple sports and activities, my goal remains ensuring that the health of our young athletes is always the top priority.