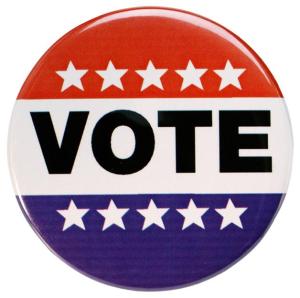 America was founded on the revolutionary idea that our government doesn’t give us power; our government only has the power that we, the people, choose to give it.

Our rights are endowed upon us by our Creator, and key to these is the right to vote. This freedom to choose or reject our leaders makes us the beacon of liberty in the world. People in countries worldwide have fought and continue to fight for what many of us take for granted.

I encourage all citizens to exercise their voice by getting out to vote. While voter turnout nationwide remains low, I am proud that Southwest Michigan residents take voting to heart and turn out to participate in our democratic republic. Every vote matters and sometimes a single vote can make all the difference.

I would also urge you to learn as much as you can about the candidates and the issues. Our state and nation continue to take on big issues and we need effective leaders who are willing to stand up for their communities.

This August, voters are being asked to weigh in on a statewide ballot proposal that would eliminate the personal property tax (PPT) businesses pay on equipment or machinery and dedicate a portion of the state’s current use tax to local municipalities and school districts that rely on the PPT to ensure they are held harmless.

For more information about Proposal 1, including the actual ballot language, residents may visit my website at www.SenatorJohnProos.com and click on the Proposal 1 graphic.

If you do not know where you’re supposed to go to vote, visit the Michigan Voter Information Center at: www.michigan.gov/vote. Enter your first and last name, date of birth and residential ZIP code, and the website will give you the address and a map of your polling location.

For voters who cannot attend the polls on Aug. 5, the website also includes information about absentee voting.

Voters in Berrien County may also get their polling location information by contacting the county clerk’s office at 269-983-7111 ext. 8264 or by email at: elections@berriencounty.org. Voters in Cass County should contact 269-445-4464.

Please exercise your constitutional right to vote. Residents who want a copy of our Michigan or U.S. constitutions for their own use or to help teach your children about our democratic republic, please contact my office at 1-517-373-6960 or via email at: SenJProos@senate.michigan.gov. 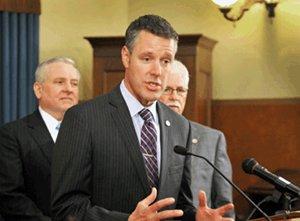 LANSING (WKZO) — State Senator John Proos is warning Michigan seniors about a new kind of digital threat. Proos, who sits on the Senate Energy and Technology Committee, says that we’ve all heard about computer viruses, but now, hackers are targeting smart phones.

“Some of our older folks in our society have less and less understanding of spyware, spamware,” Proos said. “All of the other malware out there can cause so many problems, and ultimately can lead to the loss of one’s identity and the theft of hundreds of millions of dollars across the nation.”

Proos says that everyone should be mindful of how much personal information they have on their phones, and be careful about what they install on it. Just because an app is available, that doesn’t mean it’s safe. Kim Komando has a few suggestions regarding security software for your phone in this article.

We have achieved much to turn around Michigan’s economy and make our state more competitive in the pursuit of jobs, including manufacturing jobs.

As a result, in less than four years, Michigan has added more than 275,000 new private sector jobs and 75,000 manufacturing jobs. Many of these new jobs are right here in Southwest Michigan.

We have created a more welcoming business environment by cutting red tape – including the elimination of more than 1,400 needless government rules – and by adopting a more favorable tax structure for small businesses to grow.

As we continue to help grow our economy and create jobs, we must also ensure our workforce is able to fill the needs for prospective employers. The access to highly skilled workers is critical to attracting new jobs and investment to our state.

I want to thank Lt. Gov. Brian Calley for his recent visit to Michigan’s Great Southwest for a roundtable discussion with area business leaders about strategies to continue job growth in the region and statewide.

Part of this open dialogue was a tour of Maximum Mold, Inc. in Benton Harbor. The small business is a leader in the designing and building of plastic molds and die-cast dies. Most importantly, it is a testament to Michigan success. It has grown from humble means in a cabin to a large facility employing two dozen workers.

Michigan is now encouraging entrepreneurship and creating jobs, but many businesses are having difficulty finding enough skilled workers to fill these new positions.

Currently, there are thousands of open high-paying jobs in Michigan – many still unfilled in Southwest Michigan.

These are not our grandfather’s manufacturing jobs. These positions are high-tech, clean and invaluable to Michigan’s economy. Filling the skills gap will play a critical role in meeting the workforce needs of a growing economy.

I will continue my efforts to encourage schools to offer applied learning programs that award credit toward a college degree or an industry-recognized certificate. These programs can help us prepare future generations for success while also giving them a leg up on getting into college or getting a well-paying job.

Calley and Gov. Rick Snyder are seeking re-election to second terms this year. They are claiming job growth, lower taxes and an improved business climate.

Polling suggests the Republican incumbents are in a close race with likely Democratic nominee Mark Schauer.

During the visit, Dave LaGrow, president of Maximum Mold, took the officials on a tour of his facility. LaGrow explained how his company grew from starting in 1996 with two workers in a pole barn in Coloma to its current 24 employees in a 13,000 square foot facility in Benton Harbor.

Calley said he and Steve Arwood, the director of the state Department of Licensing and Regulatory Affairs, have been meeting with local officials all over the state to share the progress the state has made since Snyder became governor. Next week, he said they are meeting with officials in Monroe.

“When Steve and I started doing this … at first it was singularly focused on trying to get the word out about changes we have made within state government – the way that we’re operating, particularly the regulatory department,” Calley said. “It’s kind of evolved from there into more of a discussion generally about the policies of the state of Michigan and how they’ve changed, how they were working, and then helping us to set the agenda for the future.”

He said they needed to stabilize the state and create a more dependable and predictable environment for businesses.

He said the state’s credit rating is improving and the state government is functioning better.

“We can change all the policies we want but if the state government doesn’t operate well or implement well, there’s only so much improvement that can be made,” Calley said.

He said the state has gotten rid of thousands of forms that people used to have to deal with.

Calley said he was interested in meeting in Benton Harbor because it’s near other states.

“The discussions about competitiveness … are particularly important along the borders with other states,” he said. “We’re talking about a city like Chicago or a state like Indiana. This is an area where competition means something much different from the way people look at it if they’re in Saginaw or Traverse City or Detroit.”

Calley said it’s important to meet with smaller companies and help them connect with larger ones.

“We try to get out of the way … of our smaller companies in particular,” he said. “They don’t have compliance departments and teams of lawyers. The owner is the main sales person and the accountant and the compliance officer and the copy machine jam fixer. … We want people to spend more time on productive activities and do things with their community and their business.”

Officials said one of the main obstacles to Michigan’s growth is that students are not being trained for the jobs that are available today.

He said the state legislature has passed bills to knock down barriers so high schools can be more flexible with career and technical education programs. 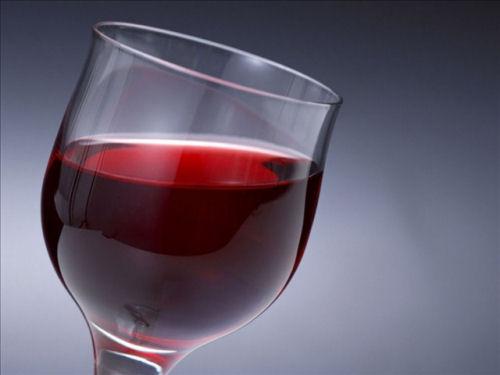 “Winemaking is a thriving industry in Southwest Michigan that employs thousands of residents, and this year our local communities can now support startup

winemakers at the local farmers market,” said Proos, who co-sponsored the reform. “I have long been a strong supporter of Michigan’s farmers markets because they directly connect consumers with local growers and producers. Now, residents can have this same connection with our local startup winemakers.”

Senate Bill 79, now Public Act 100 of 2013, enables winemakers who produce up to 5,000 gallons of wine per year to purchase a new farmers market permit.

entrepreneurship in Michigan, which is vital to long-term economic growth.

“Michigan has more than 100 wineries offering a taste of Pure Michigan, and our wine and grape industries also contribute more than $800 million annually to the state’s economy.”

Proos has a list of local farmers markets on his Senate website at SenatorJohnProos.com and under “Find a Farmers Market Near You.”

America is the land of the free because we are the home of the brave. Let us never forget that we owe our liberty to the courageous men and women in uniform who put their country before themselves.

Unfortunately, when our veterans return home they often face real challenges transitioning into civilian life and into new careers.

I was proud to support common sense reforms to help our veterans find work here at home by removing unnecessary barriers to getting a job in Michigan.

Beginning in late August, honorably discharged veterans will be able to take advantage of new laws designed to assist them entering the workforce in certain professions.

These new laws are part of our continued effort to increase veterans assistance. They build on already enacted reforms from 2013 that recognized that military training is rigorous and tough and worthy of counting toward comparable jobs in the civilian workforce.

Those measures allow certain military training and experience of honorably discharged veterans to be counted for purposes of professional licensure as an emergency medical technician, firefighter, boiler operator and stationary engineer, mechanical contractor, and residential builder.

The enormous sacrifice and selfless dedication of our veterans and their families is a debt we can never fully repay. However, these reforms are a real, meaningful way to express our appreciation for the service of our veterans and to do something that is good for the entire state — our veterans, our local communities and our economy.